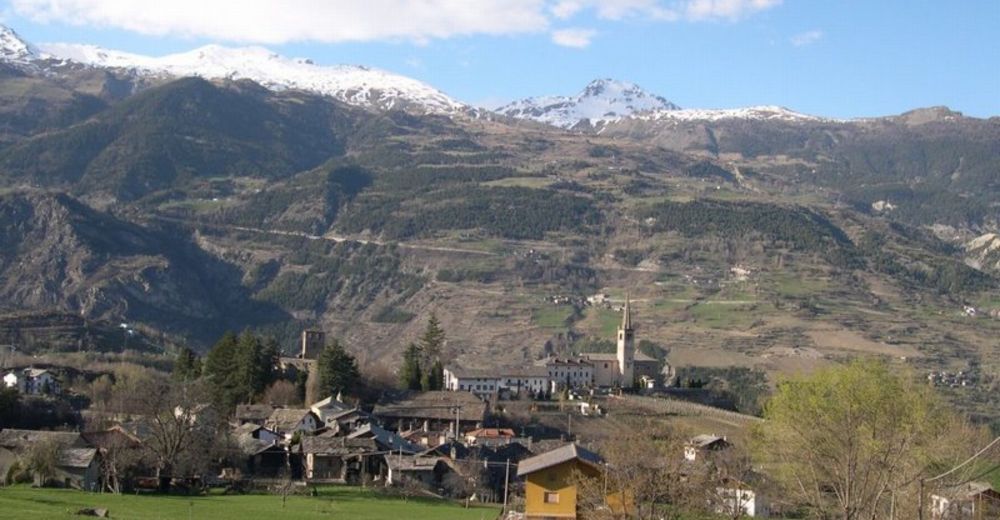 In a picturesque position, at 880 metres above sea level, it owes its name to "Interaquas", Entre Eaux in French, due to its location between the Dora di Rhêmes and Savara Rivers.

Introd is located at the start of Valle di Rhêmes and della Valsavarenche, two of the three Valdostane valleys that form part of the Gran Paradiso National Park.

It is a farming town, once a fief of the Barons of Sarriod, whose castle from 1260 remains and was built by Pierre de Sarriod, who took the title Lord of Introd. The building is shaped like a polygon residential unit which rises up in the centre to expose its original nucleus, and including a square, look-out tower.

The Ola farmstead is located near the castle. This is an ancient, rural building in wood and stone, from the sixteenth century. This building was used as an architectural example when the railways stations were being built in the valley.

The parish church of San Paolo dates from the sixteenth century, and which was renovated in the eras that followed, has a main altar in carved wood, a real masterpiece of Baroque art.

The Les Combes district, a small hamlet in the municipality, is where Pope John Paul II spent his holidays for many years during the summer period, a tradition maintained by his successor Benedict XVI. A museum was recently established that is dedicated to the Pope in the centre of the hamlet, in a building renovated especially.
The village of Villes-Dessus hosts the new fauna park where you can admire animal species from the Alpine region in their natural habitat.

We recommend you visit Maison Bruil, one of the best examples of rural architecture in the Gran Paradiso. The building is currently used to host exhibitions.

Curiously, the bridge was built during World War I on a deep abyss measuring over eighty metres deep, a real architectural work of art.