Horizons behind the Swabian Sea 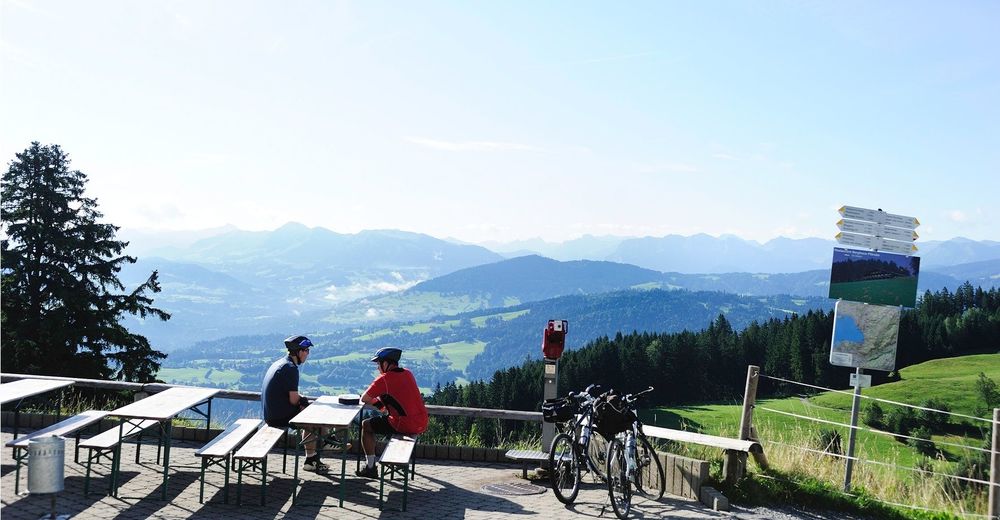 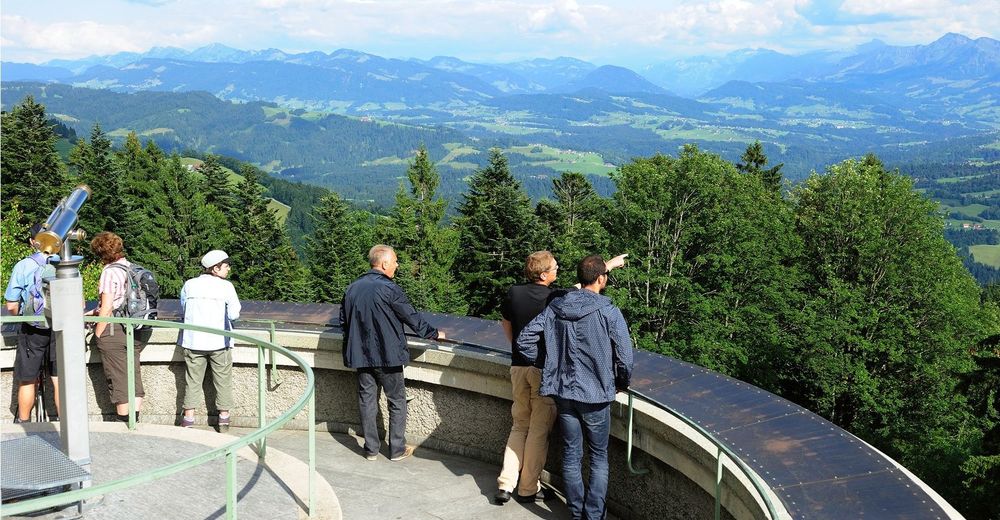 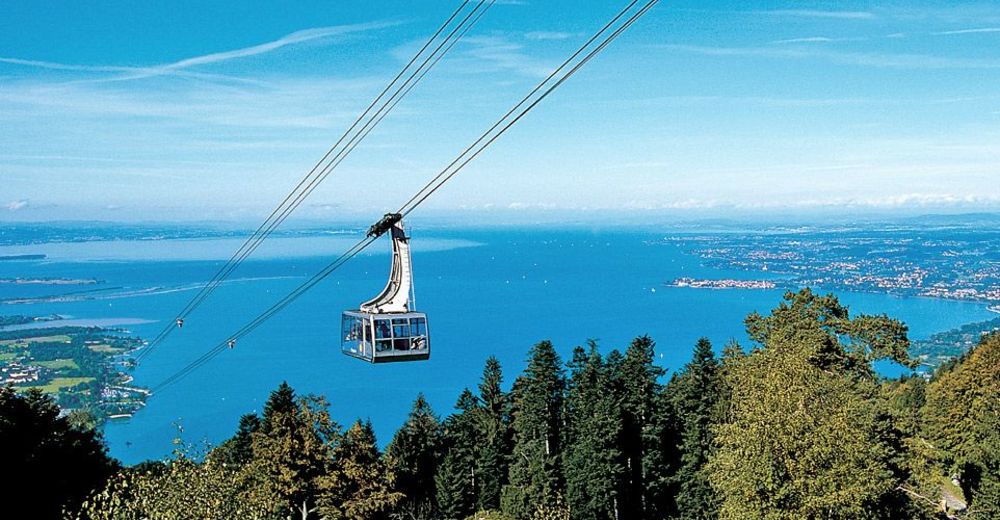 Descent: on the same trail to Lochau. Alternatives: via Gschlief (steep) or Fluh (Fluh bus to Bregenz) and Gebhardsberg (leisurely) to Bregenz or ride down on the Pfänder cable car (Bregenz).

Wegbeschreibung
600 metres of elevation and always overlooking Lake Constance. Mounting from Loch to the landmark mountain of Bregenz and Lindau comes close to watching a never-ending movie featuring Europe’s largest inland lake, which stretches over 64 km. Depending on the season and the weather, the lake presents itself in shades of grey and blue, its surface smooth as glass, or ruffled by waves, striped, glittering or foaming between Germany, Switzerland and Austria.

“Almost like molten lead seen through a veil of gold“. These are the words of the Austrian author Horst Wolffram Geissler, describing the lake with its many names: Lake Constance, Swabian Sea, Lacus Grigantinus, the Lake of Bregenz. And by the way, between Bregenz and Constance, the Earth’s curvature is 40 metres, so that you can make out the ti p of the Constance minster with binoculars only when mounting. The lake stretches sheer endlessly, with its western shore hiding behind the far horizons. Finally, having reached the to p, some 200 summits are lined up to form a breathtaking mountain panorama. Look out for the hovering birds of prey, and the children having a good time in the game reserve.

Lochau or Bregenz, return by bus to Lochau

Safety instructions
EMERGENCY NUMBERS:
140 alpine emergencies Austria
144 alpine emergencies Vorarlberg
112 Euro emergency call (if there is no reception at the site of the emergency, first switch off your mobile phone, and when switching it on again, immediately dial 112 or press the SOS button instead of entering the PIN code).
www.vorarlberg.travel/safety
Additional information

At Gasthof Wellenhof inn (at a fee)

Horizons behind the Swabian Sea

Einkehrmöglichkeit
A lot of view