Best season
Jan
Feb
Mar
Apr
May
Jun
Jul
Aug
Sep
Oct
Nov
Dec
Description
This peak proves that one can be powerful even without being the biggest. When it comes down to the mere facts, the Habicht with its 3,277 meters a.s.l. has to line up behind its colleagues Zuckerhütl and Wilder Freiger, however the Habicht is an equal competitor to the others in the Stubai Alps, being the highest peak of the Habicht ridge. No wonder that the “Hoger”, as it is called by the locals, due to his distinctive shape was believed to be the highest mountain of the Tyrol for a long period.

Amazing panorama
Whoever wants to see the Stubai Alps in all their greatness, along with a view on the Northern Limestone Alps as well as the western Zillertal Alps and the Dolomites, absolutely must hike up the Habicht. It is an additional bonus to get to see the rocky bastions of the Tribulauns and the Goldkappel in the south of the isolated peak of the Habicht.

A forerunner in tourism
Imagine hiking up a mountain and believing that you are the first person in history to do so, only to realize at the top that perhaps someone else had already been there before. Peter Carl Thurwieser from Kramsach experienced this. On his first ascent of the Habicht on September 1, 1836 he found a figure made of stone on the peak, which led to the conclusion that someone must have been there before him. Even though Thurwieser chose and ascended the Habicht out of all the high peaks of the Stubai as the first mountaineer, local hunters and the helpers of the field measurement had probably been there before him. There are no written documents of an earlier ascent, so Thurwieser has kept the honor of being the first. According to Thurwieser’s report, it took him and his mountain guide, Ingenuin Krösbacher from Fulpmes, 3 hours and 25 minutes to ascend from the northern Pinnisalm (mountain pasture) via Pinnisjoch gap, from there onto the west to the Speikgrathöhe and across a snow field and the eastern ridge of the Habicht to the top. They then stayed 4.5 hours on the mountain, wrote rave reports about the view and took barometric measurements.

Wegbeschreibung
ASCENT
From the parking space, walk about 2.5 hours through the Pinnis valley, passing the Issenanger and the Pinnis mountain pastures and huts, until you reach the Karalm mountain pasture and hut. It is
also possible to get to the Karalm in 2.5 hours from the Elferhütte, through a beautiful landscape. Alternatively, you can hire the shuttle service from Neder to Karalm (call 0043 5226 2877). From the Karalm, a winding path leads to the Innsbrucker Hütte (2 hours), from which the Habicht is a 3-hour hike away. (Attention: Due to the length of the tour, we recommend staying overnight at Innsbrucker Hütte and starting the ascent of the Habicht from there the next day.) The path is well-marked leading from the hut: first, cross broken rocks, climb over boulders until you reach the remains of the glacier at top of the peak. You can cross the small glacier bowl, which has no crevasses (no crampons necessary), without any trouble. The path up to the peak is partly rope-secured and winds over rocky terrain.

DESCENT
Descend the same way, that you ascended.

High mountain tour – demanding hiking with passages of climbing (UIAA I), partially rope-secured, The difficulty depends strongly upon the current conditions (snow fields, ice). No special glacier equipment is required to cross the snowfield. We recommend that people without high mountain experience go with a certified mountain guide.

From the Olympic city of Innsbruck you reach the Stubai valley via the Brenner motorway ( Europe Bridge ) , exit Schönberg - continue to Neustift/Neder, parking space Zegger.

Parking space Zegger. Guests with a valid Stubai Guest Card can park for free and others must pay a fee. The parking lot is located right before the entrance of Neder on the right hand side.

Einkehrmöglichkeit
A lot of view 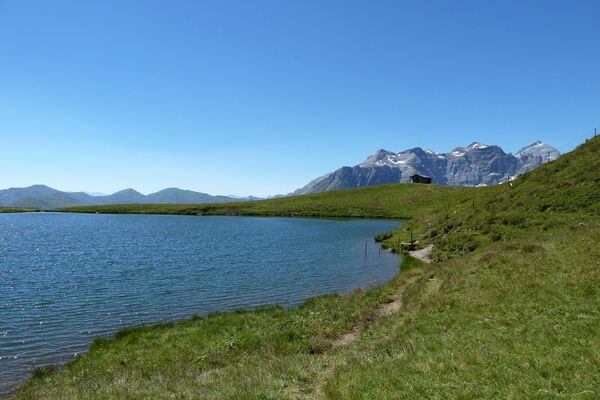 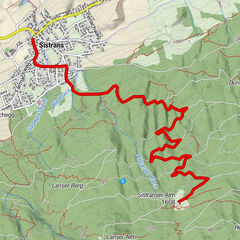