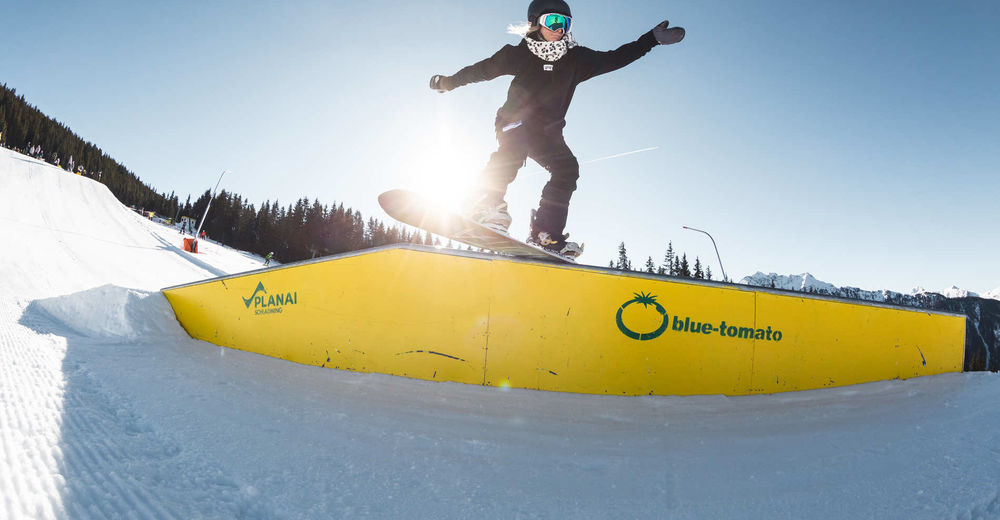 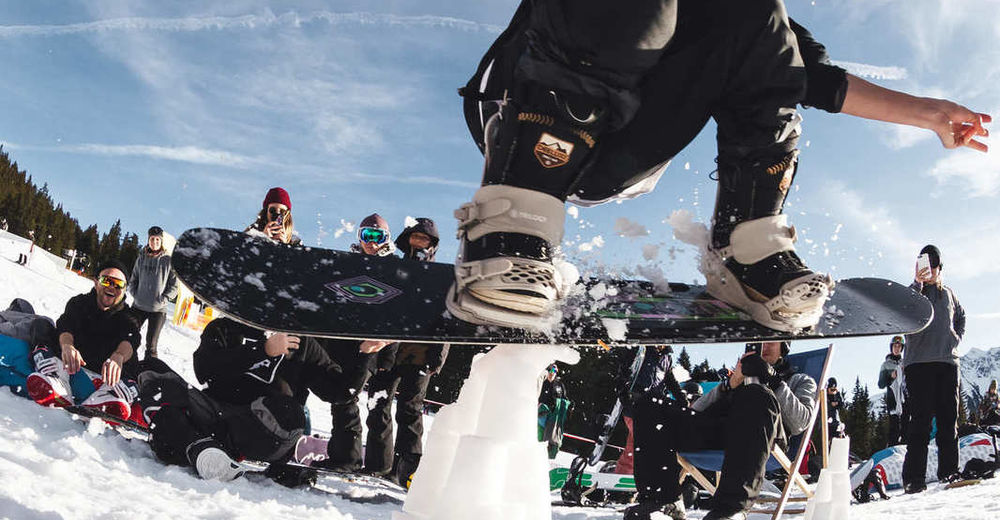 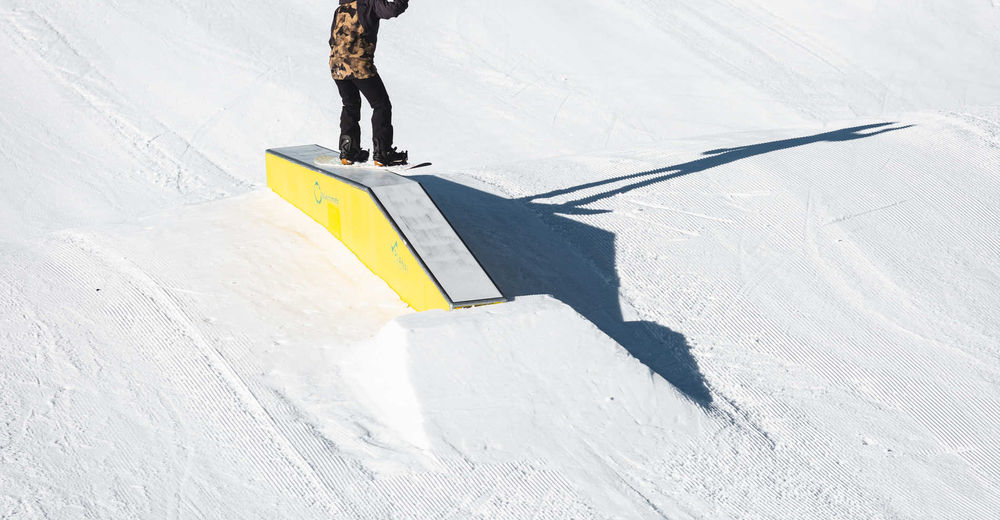 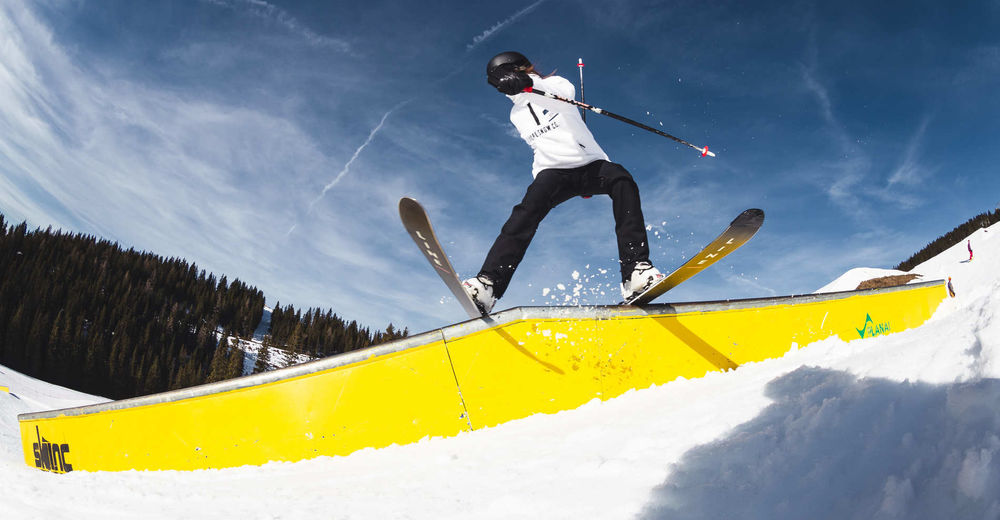 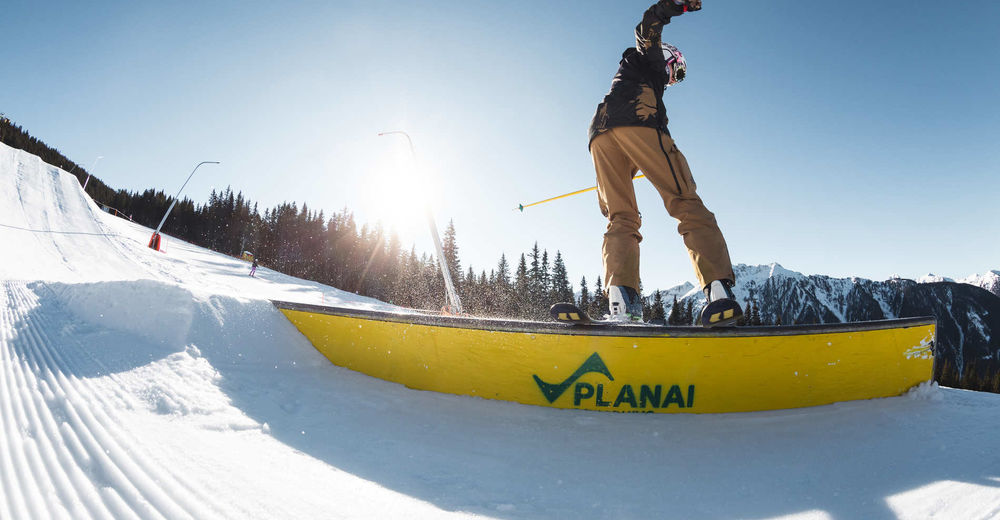 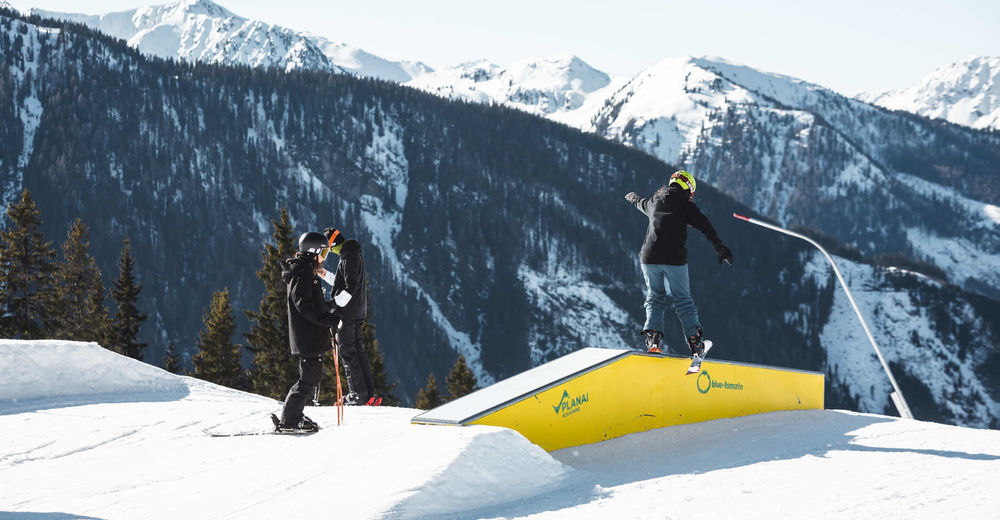 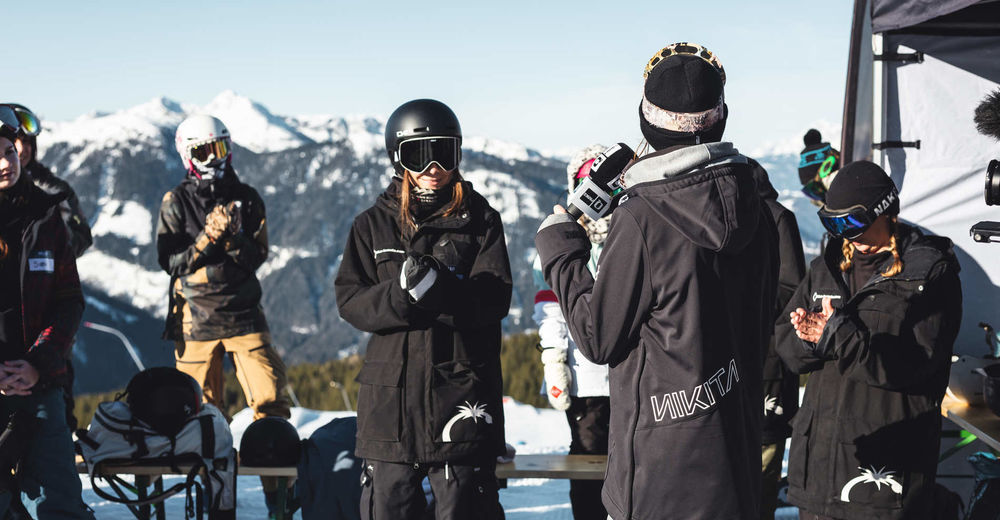 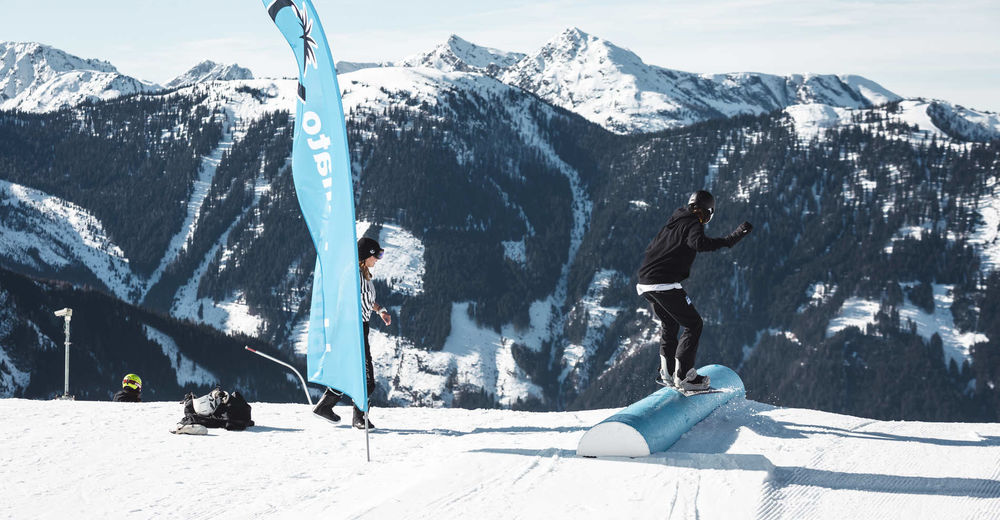 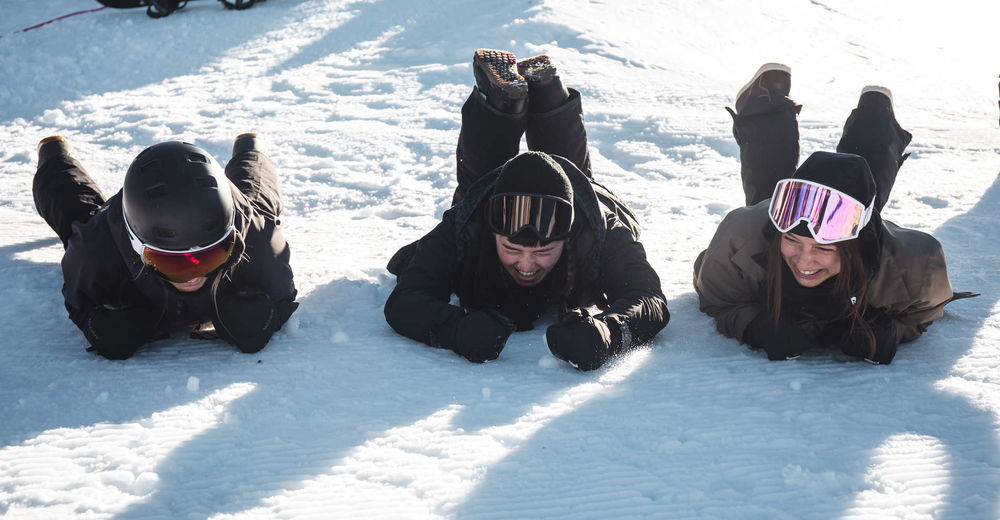 Looking back to the Blue Tomato Girls Day (February 1, 2020) Sunshine, slushy conditions, Superpark Planai shaped to absolute perfection and motivated girls – doesn’t that sound like the perfect setup for a rad ladies session in the park? And yes, we were able to throw all these mentioned ingredients into the shred bowl on February 1, 2020! Because during the Blue Tomato Girls Day Planai, the girls received the full freestyle package!

Over 40 girls didn’t wanna miss out on the opportunity to shred together, to make park friends and to check out Superpark Planai in female congregation.

“The girls are in such a good mood! It’s awesome how motivated they are – there’s definitely progress in the making!” says shining coach Nicola.

And just like that, boxes and kickers were already approached during the first coaching session while the girls learned first new tricks.

After the early shred action, it was time for filling up the energy levels again. And this was simply perfect thanks to the effort of the Blue Tomato team. They served tasty burgers, drinks and fruit – as you gotta get your vitamins, right? The afternoon started with a massive girls shred down for the well-rested shredqueens! Over 40 girls hit the park at the same time and passed by some astonished male parkrats. If it wasn’t clear enough yet, then this moment spoke for itself. Last Saturday it was pretty obvious that GIRLS OWN THE PARK!

In the afternoon, the coaches Klara Dinold, Nicola Reinthaler and Vanessa Mayerosch received support by Blue Tomato team rider Lisa Veith-Gruber who approached Superpark Planai’s kicker line with some girls. Meanwhile, the other participants went all in during the hike session on the tube! And whoever thinks that girls aren’t tough cookies, was proved to be wrong during the Blue Tomato Girls Day Planai! The tube was hit over and over again until the tricks were locked in! “If I was alone, I’d probably given up after the second or third slam already, but when you’re hiking with 10 other girls you’re getting extremely pushed!”, explains a participant grinning from ear to ear.

New tricks are usually a big reward themselves, yet no one denies some nice goodies too. And this is why the participants had the chance to grab some sweet Blue Tomato goodie bags! On top, Protect Our Winters raffled a surprise gift among those participants who came to the park via public transport or carsharing options. This was the cherry on top of this already perfect day!

You don’t only want to read what happened, but also see some visuals? Then, go check out our snowboard or freeski edit. Additionally, you find all photos from the Blue Tomato Girls Day on the Superpark Planai website. More details about the Girls Shred Sessions are available via www.girlsshredsessions.com.