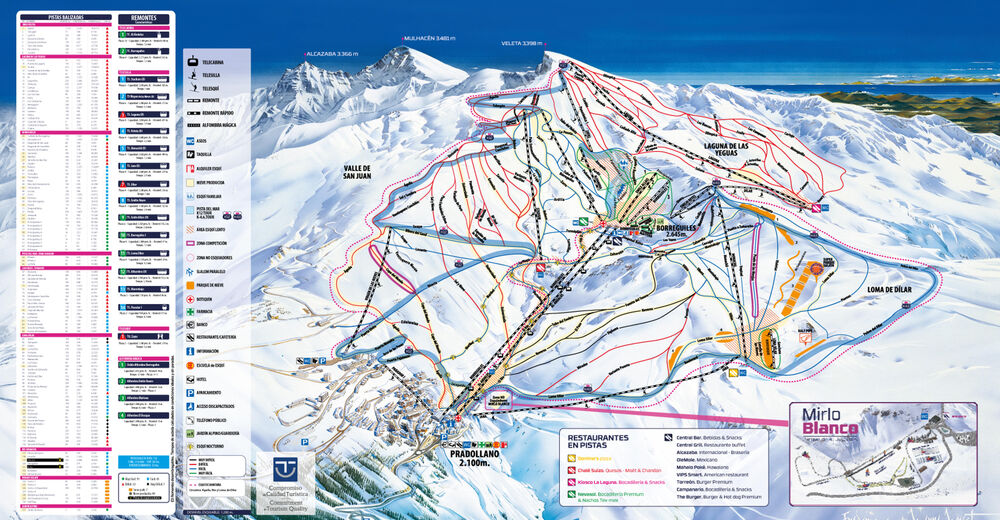 The ski resort Sierra Nevada is Europe's southernmost ski resort and in the same time the highest of Spain. Benefiting from these conditions you can aspect a lot of hours of sunshine, but on the other hand also snow-sure skiing conditions over the entire season.

The ski area lies 27 km from the city of Granada - directly connetcted by the A-395 - and just 100 km from Motril on the Costa Tropical. So it is possible within one day to enjoy the mountains and the sea. By car, you can cover the distance in about 1 hour.

The mountain resort of Pradollano at 2,100 m above sea level is the center of the Andalusian ski resort and can be compared by its infrastructure and look with the ski resorts in the Pyrenees.

Besides skiing and snowboarding the Sierra Nevada also offers other possibilities, such as horse or dog sledding, a snowpark and the theme park Fuente del Mirlo Blanco.

In the summer, all kinds of mountain and nature sports (mountain biking, horseback riding, hiking, climbing, etc.) are offered and practiced.