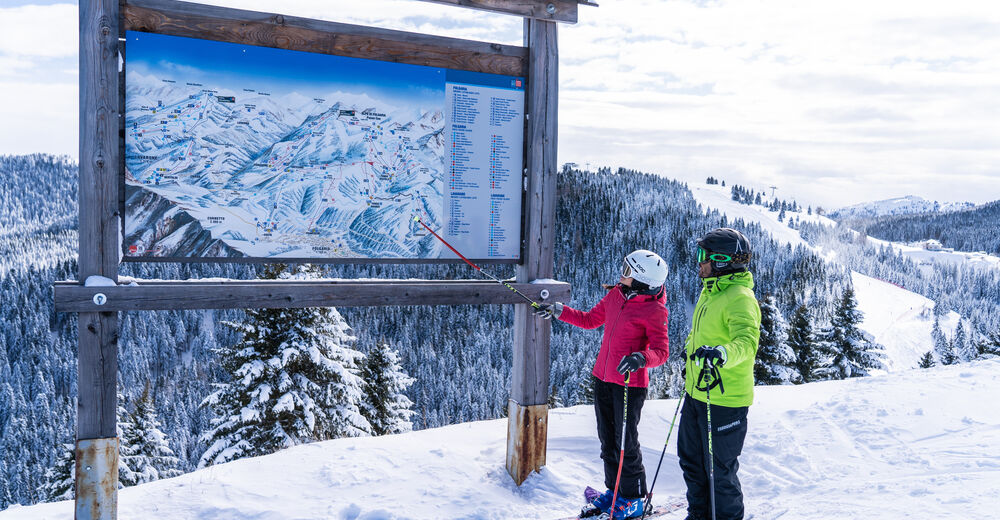 104 km of ski slopes, a huge snow cover extended between a hillside and the other, provide the excitement of a cruise on skis including always new landascapes.
The Ski Area Alpe Cimbra of Trentino region - 104 km of slopes classified among the best in the European Alps, according to the German magazine SkiGuide - has unique characteristics.

The modern snowmaking system provides the ability to run around the slopes from December to April, without any problem, enjoying some of the peculiarities of the local alpine circus. The 68 runs, in fact, are spread over a vast territory and develop as were high sea waves in the open ocean.
In short, a bit 'as happens during a cruise, to each landing there is a new perspective, for each departure will be a new adventure.

Once on Pioverna Ronde, then, you can space with our eyes to 360 degrees to the surrounding mountain chains, embracing in one long glance Pale di San Martino, Pasubio, Marmolada, Adamello, Cevedale, Ortler, Brenta, Veneto Dolomites and Catinaccio mountain.

The quality of the slopes and snow conditions, always well-kept and recognized as one of the most comfortable by athletes and enthusiasts for many years, becomes synonymous with fun.